Summer 2018 is a really exciting summer with movie nerds, from the genre of love, action, cross-air to ancient, swordplay. But surely not everyone has experienced all the impressive movies this season and that is a pity. Let KTHN suggest you the most attractive movies! With these suggestions, we hope that you will choose the right movie for you! Top 3 The criteria that KTHN.vn is always aiming to bring the most useful information to the community

This is indeed good news for fans of Chinese love when the movie Huyen of Wen An adaptation of the novel of the same name by author An Ninh was officially released at the end of April 2018. After the success of the Teenage Four Big Dummies, Truong Han and Truong Quan Ninh continue to match the role of General Director. Occupy Nam Huyen and special assistant Wen Wen in this movie.

Movie Huyen of Wen revolves around the love affair between Chien Nam Huyen – general manager of a large technology corporation and ex-girlfriend Wen Noan. Their affection has been blossoming from a very young age. But then On Wen unilaterally parted ways with Chanh Nam Huyen when he realized that his sister had feelings for him. Some time later, Wen went abroad with Chu Lam Lo (Kinh Sieu) – who had a unrequited love for her. Chien Nam Huyen stayed to build a career and had rumors with female star Bac Nhat Tam (Truong Gia Nghe). After 7 years abroad, Wen returned and it all started when she became a special secretary to Chieng Nam Huyen. 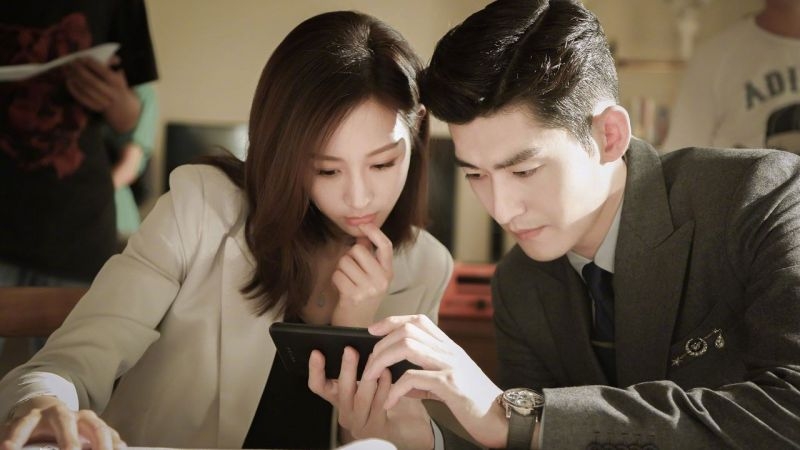 Oh my emperor my majesty

content Oh my emperor my majesty That is the word In the 21st century, a girl named Lac Phien had an unlucky fate inadvertently traveling to a remote and mysterious country – the Zodiac Kingdom. Because Lac Phisc came so often, the equilibrium here was suddenly broken, the destiny of Lac Phien to become the most pathetic female lead in history, even more miraculous than a weak person like The chicken becomes the boss of the villain again. The demon Lac Phi Phien continued to encounter 12 different characters with different personalities, and the jokes were piled up, and she became the emperor’s happy injustice. With young actors Trieu Lo Tu, Banh So VIet, Coc Gia Thanh, … along with attractive content, this is indeed a movie worth watching this summer. 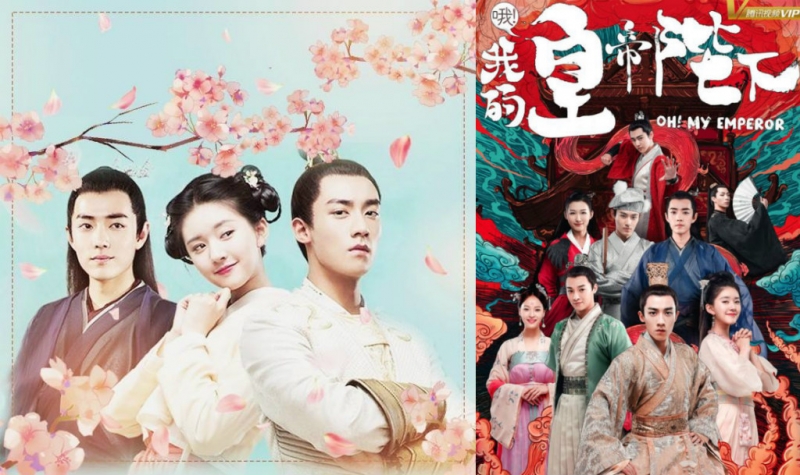 The cast in the movie
https://www.youtube.com/watch?v=W-EXgGqWPgg
Oh my emperor my majesty

Beautiful sister buys food for me

If you do not like Chinese films, you can change the wind a little to attractive Korean film Beautiful sister buys food for me. This is a Korean drama with a romantic, sweet and romantic genre produced by jTBC. The drama is a harmonious combination between actress “Nation’s First Love” Son Ye Jin and handsome actor Jung Hae In. The film is a romantic love story of a girl Yoon Jin Ah (played by Son Ye Jin) – a single woman in her 30s who oversees a franchise coffee franchise. Her personality is friendly and sociable, but she always feels empty at this age when she has not had a relationship with a guy at all, … 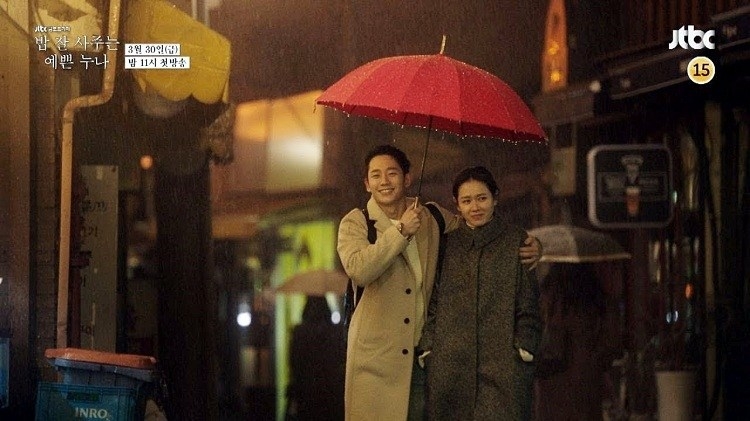 Familiar actor Luu Khai Uy returns with an impressive role in Mang Hoang Ky. The film’s content is adapted from the work of the same name by the author Nga Can Tay Hong Thi. Mang Hoang Ky tells about a baby born with a serious illness, and understanding the value of life has to count the days of death gradually. Alone, eating the pain of eighteen years, finally could not avoid fate, the young man was gone forever. But he did not expect to die again and again is a new beginning, a continuity of cause and effect and a chance as well as a bright future for a new life, reincarnation, reincarnation, … 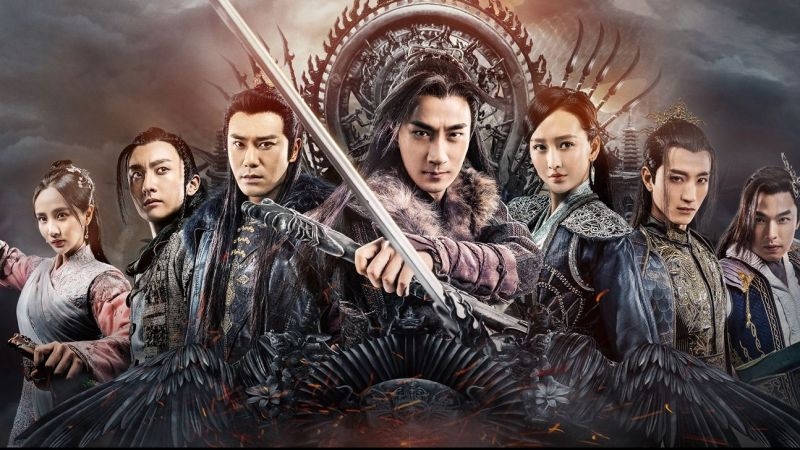 The mood when in love

One more Chinese emotional drama for you guys in early summer 2018 is The mood when in love. The content of the film revolves around the love story of a young girl named So Chi Ha and mature young man Vuong Dai Thu. They meet, love each other and grow up together. Through stories about love, the life of the characters, the film demonstrates the philosophy of love as well as the love mood of modern urban girls. With the natural acting errors of the familiar actors such as Chung Han Dong, Ha Quan Tuong, Su Duong, Truong Due Gia, over 19 episodes of the drama received many positive feedback from the audience. 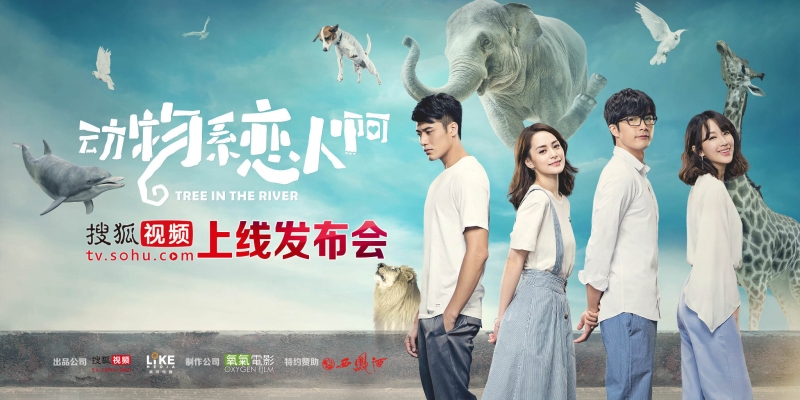 The movie’s impressive poster
The mood when in love

If you love ancient, mythology, and swordplay then there’s no reason to ignore this drama. Magma real god talking about Ha Thuan Du, originally from a noble family, entrusted by Du Vuong to penetrate the black wind camp to do internal work, the purpose is to find evidence that the black wind camp colluded with the prince. But while in contact with Bach Sung in the black room camp, the affection of brotherhood was more and more deepened, and there must be two choices of love and nationality.

In another development, the modern woman Diep Gia Dao, suddenly through a miraculous meteorite traveling through the air, returned to Hoai Tong, becoming Diep Can Huyen, the daughter of the governor Diep Binh Hoai, but was kidnapped to the black. camp as a tool to test Ha Thuan Du’s heart. In a dangerous situation, Diep Gia Dao many times turned danger into security and even became famous in the culinary world. The film through many humorous situations and conflicting struggles show the strong love of the couple and precious brotherhood. 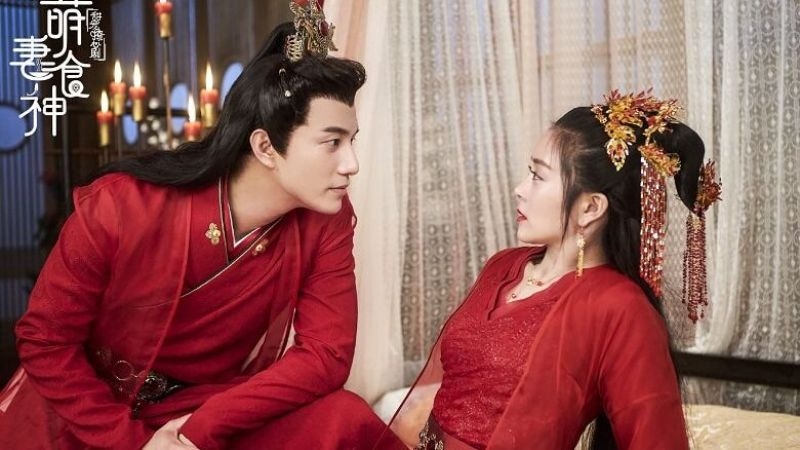 A scene from the movie
Magma real god

Youth in school is not a new topic but Summer is transient still attracts a large number of viewers by a young cast with natural acting style. The film is adapted from the novel of the same name by author Minh Tien Vu Hau. The content is about a young girl named Ha Lac, who is smart and mischievous, but her academic achievement is not good, and she boasted that she would take the entrance exam to a prestigious school. A good student in Chuong Vien, looks proud, proud but has a will.

Gradually, the guy was touched by Ha Lac’s patience. Between two people arose feelings, made a promise and registered the same aspiration to the same university. But then the different experiences and emotions make the two of them gradually separate, love each other but become more and more distant each day. Standing at the crossroads of life, what should they choose? Years later, the career develops, but each person one-to-one, meeting again, will the heart still be a bit fluttering like the first time? 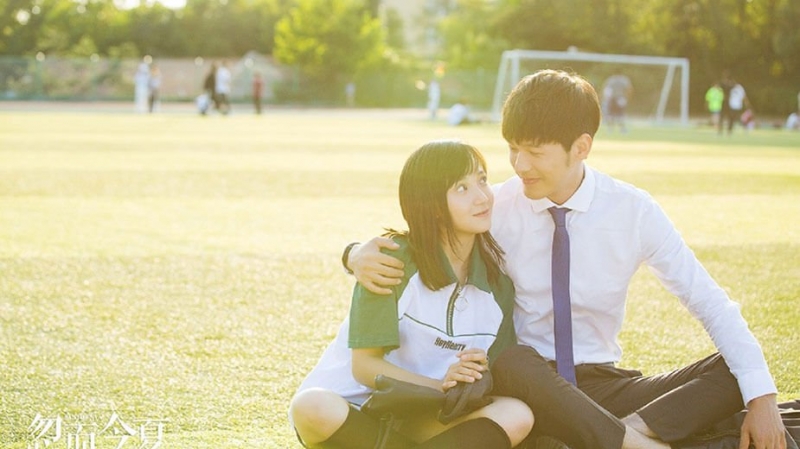 Natural acting of the two main actors
Summer is transient

Diep Chieu Giao (Dinh Nhi) is an employee working at Nhuan Te department store. She is loved by everyone because of her optimistic personality, strong and enthusiastic to help when friends are in trouble. Chieu Giao’s boyfriend – Gian Than Diep (Nham Ngon Khai) is an artist too serious. He refused to sell his paintings for money and lived on Chieu Giao’s income.

One day by chance, Diep Chieu Giao met the director of jewelry brand Tran The – Te Tuong (Ngo Ky Long). Realizing Chieu Giao’s design ability, Qi Duong immediately hired her to work at her company. Because of conflicts in life, Chieu Giao and Than Diep parted ways. Qi Duong gradually falls in love with this girl. At the same time, the young director of Tran The is also searching for an invaluable treasure named Trần Thế, with the help of Chiêu Giao, he has successfully acquired it. Those are the contents of Gem mogul. 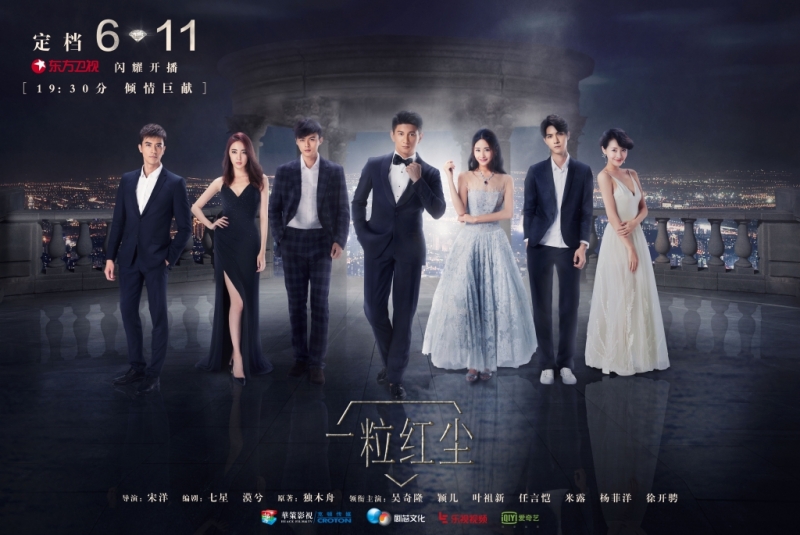 This will be the right choice for those who have a passion for the genre of adventure, action. Movie African tiger chi extreme war potential Talking about a special elite team with precise sniper skill, the most rigorous training to destroy dangerous criminals, the plot of the film is extremely dramatic and attractive to suffocate. The film tells about the dangerous crime fight of the non-tiger squadron, while also exploiting the psychological aspect, the complex relationship of the team members. Through each episode, the famous actors such as Ngo Trac Hy, Mien Kieu Vy, Truong Trieu Huy, … have really left many impressions in the eyes of viewers. 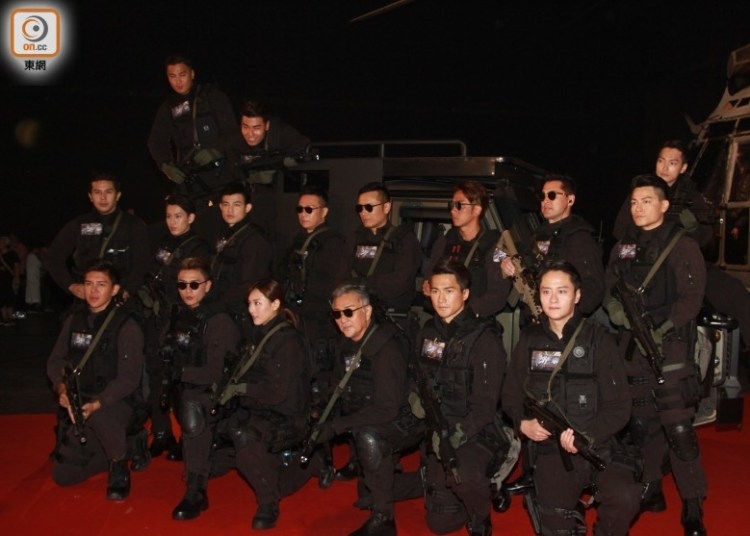 “Because happiness is a bubble, it easily shatters in the summer sun. Because love is suffering, it takes suffering to get to the end ”. Following the success of the All-Phong Girl, the novel Summer Bubble by author Minh Hieu Khe continued to be transformed into a movie. Gathering a cast of young actors including Tan Tuan Kiet, Truong Tuyet Nghe, and Huynh Thanh Tri, many people had fiercely protested and thought that they could not overcome the shadows of their seniors and seniors. Recently, however, the series of new posters was made public Summer bubble The new version has somewhat cooled down anti-fans. Because, the beauty of the female lead Ha Mat by Truong Tuyet Nghe is very impressive. The movie will be released on May 8, 2018. 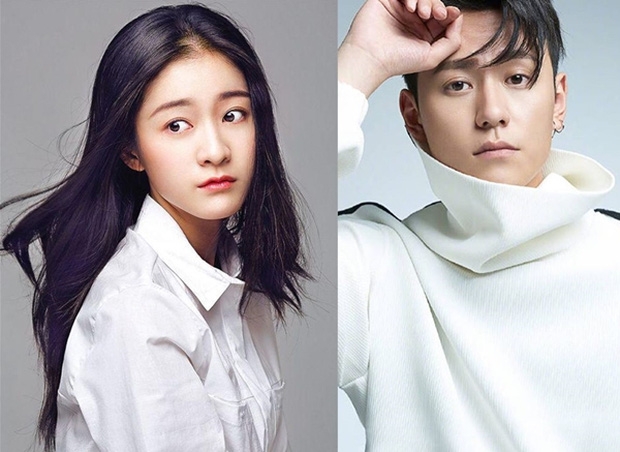 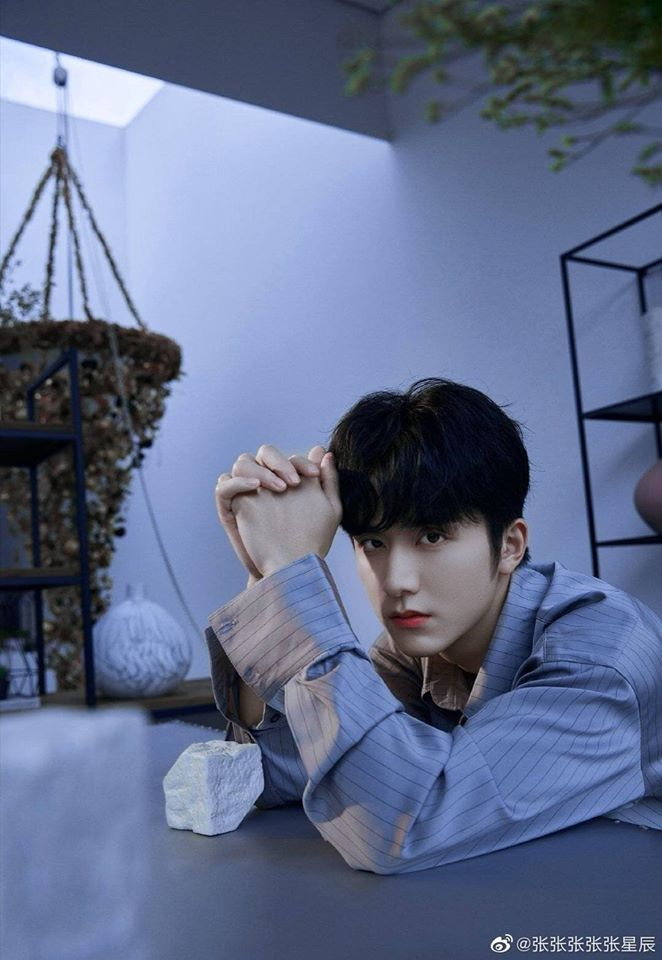 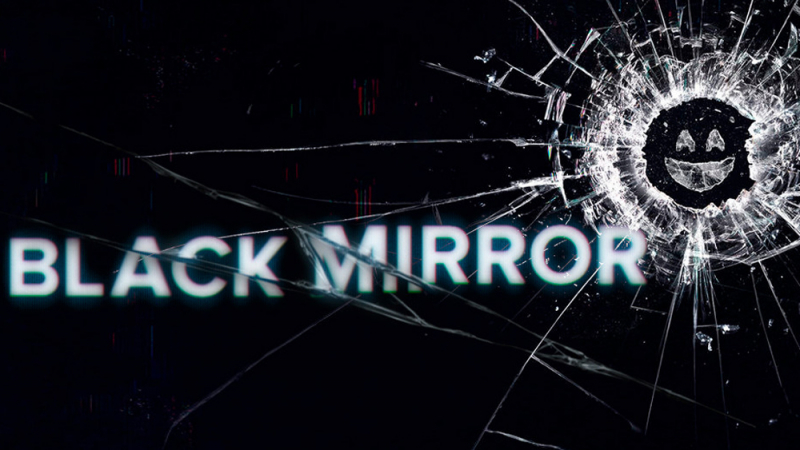 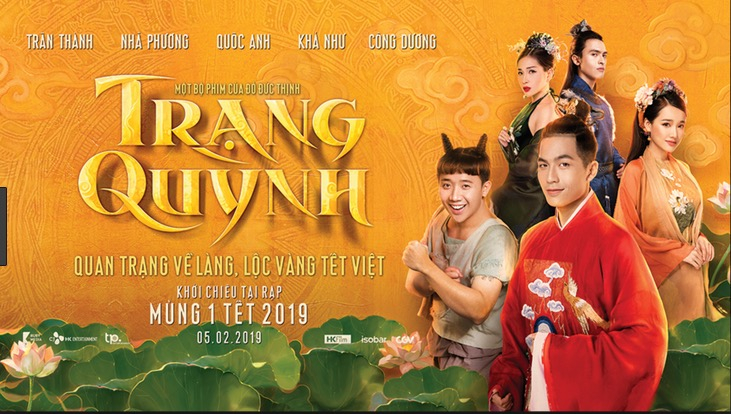 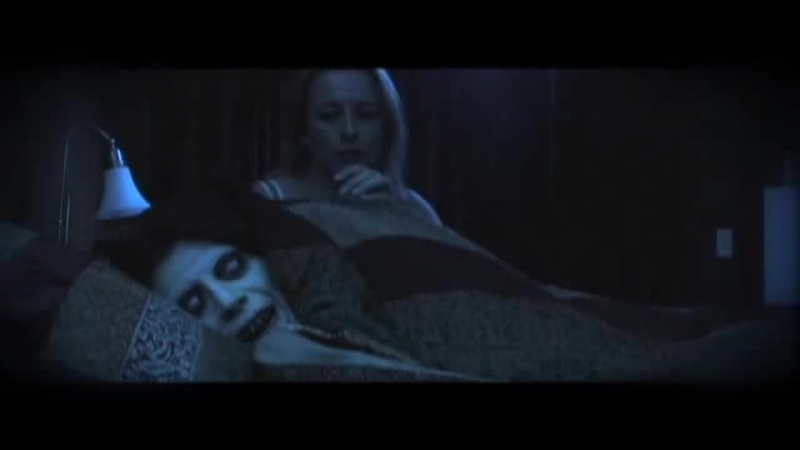